You didn’t missed it, we may have spoke in person, by email or through social networks, since January I’m working on a comic book project about climate change!
Here are finally some details on this long-term project, which I don’t always lead full time…

The scenario consists of five short stories including 4 which are letters of the future. They build a sequencial anticipation story :
– Introduction story, a worker on a construction site : Mexico City, Mexico, November 27, 2015
– Likely letter, an emigrated old man: Reykjavik, Iceland, 20 March 2054
– Dystopian letter, a physicist (she): Taipei, 臺北市, Taiwan, November 13 2084
– Utopian Letter, a young mother: Farsala, Φάρσαλα, Greece, July 17, 2077
– Letter in which nothing changed, an engineer: Walvis Bay, Namibia, February 29, 2060
The chosen paper format is an A5 with a little over 80 pages, and diffusion in self-publishing is planned both in print and digital reading under a free license Creative Commons By-Sa 4.0.

Everyone is not a climatologist. The intent is to give body and emotions to abstract scientific concepts. As noted by the Guardian, “Most people understand the world through stories and images, not lists of numbers, probability statements or technical graphs, and so it is crucial to find ways of translating and interpreting the technical language found in scientific reports into something more engaging.”

The temporary, perhaps final, title is “Of Two Moon Things, the Other Is the Sun”, translated from a french poetic pun by Jacques Prévert

I am trying to make the storyboard gradually, and I’m about 30 pages … so this is a project that will take me many months more!

A priori, given the choice of the free license, it will be a self-published album at a “Pay What You Want” price and print-on-demand, although I will probably contact a few publishing houses … even just to have their opinion on the draft 😉

So, waiting this big comic book, I just finished a short 8-page comic, which I had originally imagined rather as an annex : Climate Change Explained to Frogs. You will soon be able to read it,because its due out October 8! 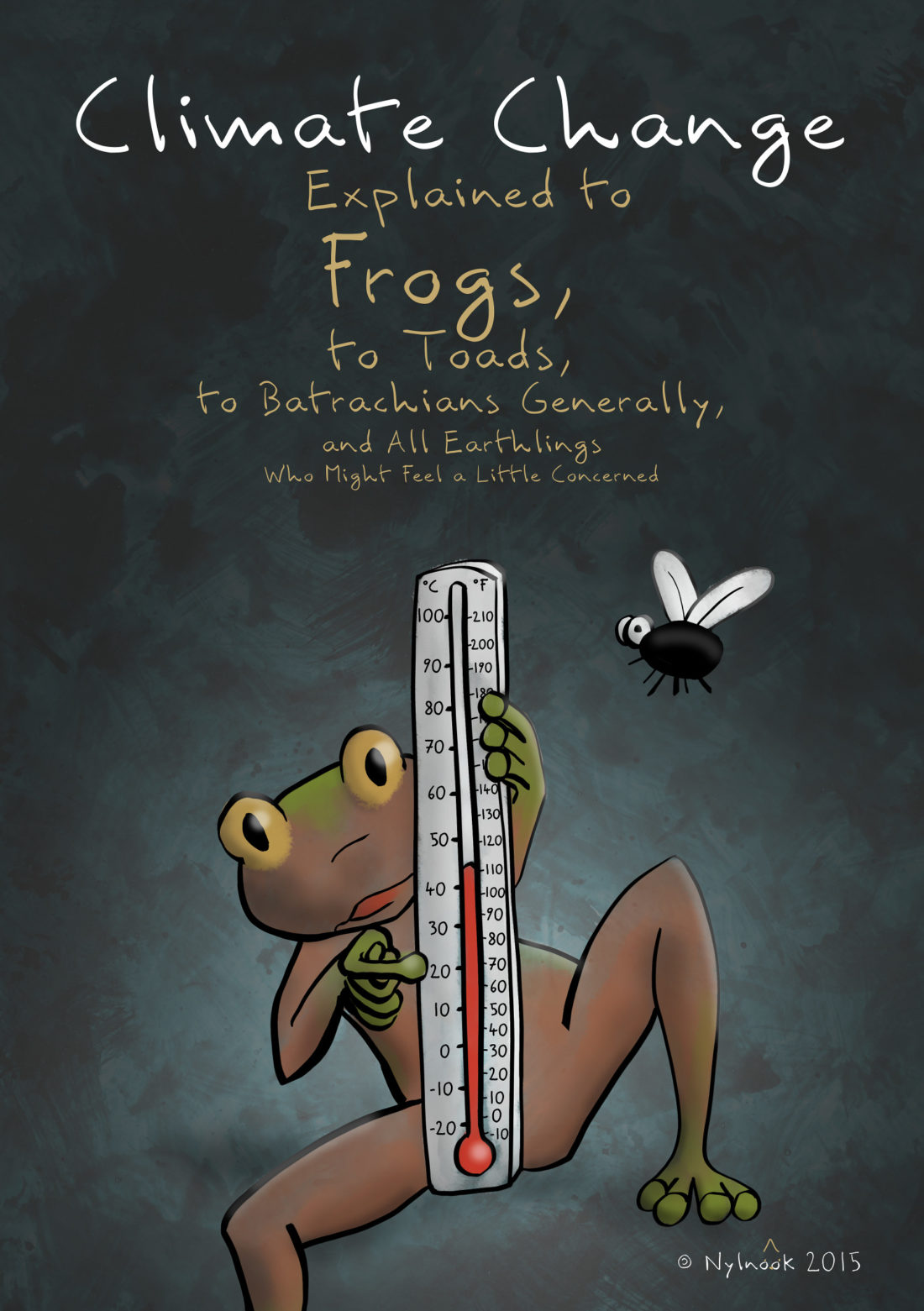 This allows me to test on a small scale the whole creation process from A to Z, including the aspect of “spreading”. And for you it is a first look at my work !

If you would not miss anything and be informed, I invite you to subscribe to my new newsletter, here.

And feel free to leave your comments, I’m interested!