From November the 28th to December the 12th, I will be in Paris for COP21.. How could I claim to be making a comic on climate change by missing that ?

The COP21 is the 21st COP (Conference of the Parties), the meeting of all countries “which want to take action for the climate” (as it is politically correct!), to be held at the Paris from November 30 to December 11. So this year it’s in France, and after the failure of the Copenhagen conference in 2009, it’s a little more likely that negotiations end successful.

I’m living in French Southern Alps, so having some accommodation in Paris was a must have to attend the event… It is, among other things, what offer to me Place To B, an initiative conceived as early as last year by Anne-Sophie Novel, and then built by a whole team.

Specifically, it is two weeks accommodation at St Christopher’s Inn, near the Gare du Nord, one of the gathering places of the “civil society”. Above all, it’s opportunities to meet many climate activist and environmentalists, including known personalities, to build a new story on climate, tell what is going on, and pressuring the negotiators.

In particular, I’m interested in participating to the Creative Factory, a temporary FabLab. The intent is to imagine together new stories on climate, more positive, which allow everyone to better understand the issues, to appreciate priorities, and “unlock the utopias” … In short, it match exactly the subject of my future comics!

If we don’t invent these new stories, they won’t happen ! 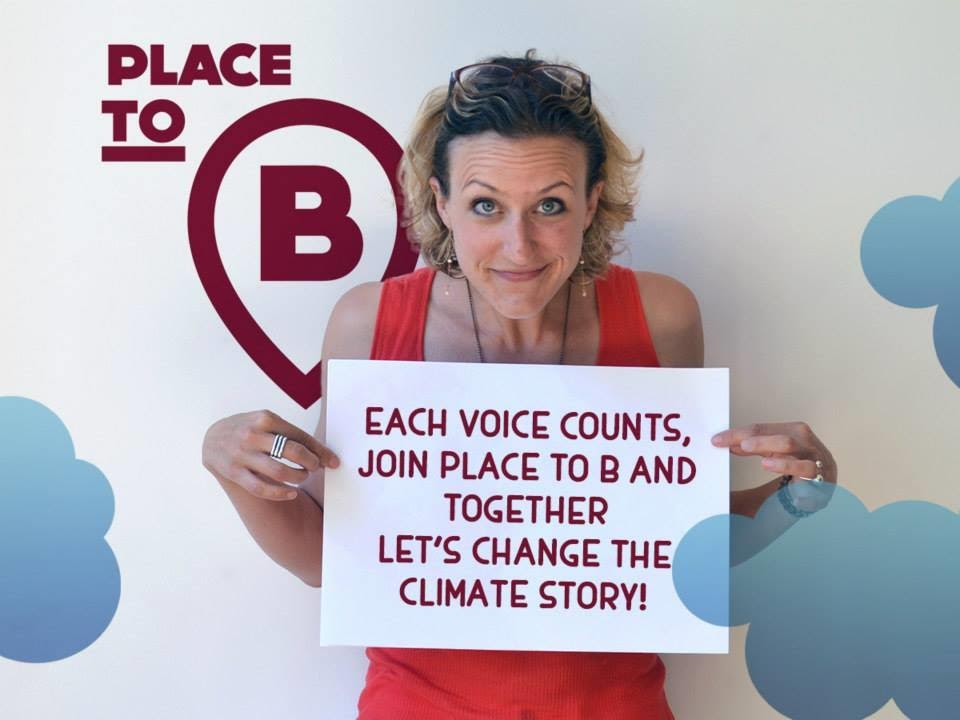 I do not believe any solution about climate change will come from “the top”… and I also do not believe there is only one solution for everyone and every situation. But there is still a small hope some good decisions happens during COP21… and we have to push politicians for those decisions, so we are forced to change the world. It’s very likely that a minimum agreement, lacking ambitions, not up to the challenge, occurs. But we need ambition.

That’s why I go to Place To B, but I would also participate in the Global March for Climate November 29, and the “Red Lines” action on December 12.

And to finish big the presentation video, which will surely push you to come, because there are places still available!