It’s my pleasure to announce that today Distant Dials is released, a short chat video game taking place in 2875 that I’ve been working on since 2017 with Nomys_Tempar!
He did the game design, the code, the scenario, the sound design and the music direction, and I did the illustrations, the interface design, the integration and the web design.

Here is the video teaser:

One day in the solar year 2875, you woke up from your 3th sleep cycle and your home is pitch black.
All is quiet.
The Maker, your personal computer mainframe, doesn’t greet you with the local’s and off world’s news. It doesn’t list you your schedule for today either.
The neuronal implant is, for the fisrt time of your life, silent.
You follow the emergency lightpath to the closest terminal. The Maker is still working, but its only display is an outdated 2D emergency interface of some sort.
What’s going on ?

Distant Dials is an experimental MUSH (Multi-User Shared Hallucination), a multiplayer game that wants to give players some leeway. Since it is a chat game, this translates into a gameplay based on a kind of fictional chat.
Distant Dials contains one hour of gameplay, then as many chat sessions as you want. The game is therefore also playable in very small sessions (around 5 minutes).

Distant Dials is made with the Godot game engine. The code and the assets are placed under the double license Free Art License 1.3 and Creative Commons 4.0. The game is available in French and English under GNU/Linux, Windows and MacOS.
Distant Dials is also published on Steam and Itch.io.
And you can even study the source code.

We have worked on 3 distinct environments both graphically and in terms of sound ambiences. So each faction has its own environment.
The soundtrack consists of atmospheric tracks accompanied by a playlist of artists publishing under free licenses such as: Horla, Plagiarism, Soft and Furious, Meme, Bololipsum and others…
A soundtrack is available for listening on the official website, and you can also take advantage of the avatar generator to make a new face on the networks.

And here are some screenshots to make you want to play it: 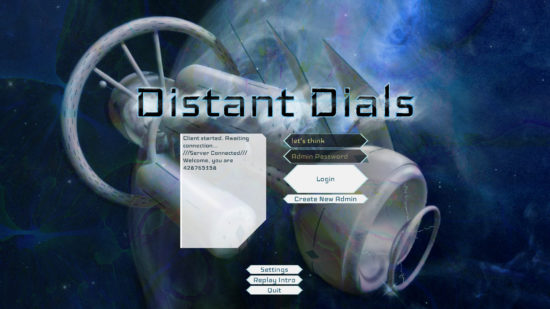 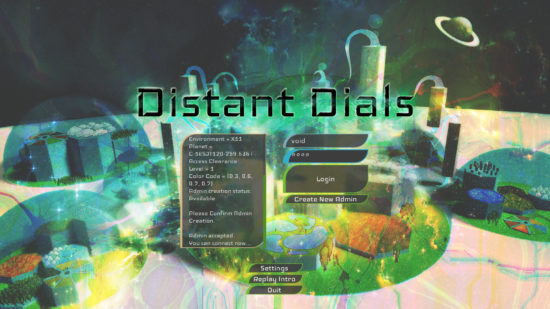 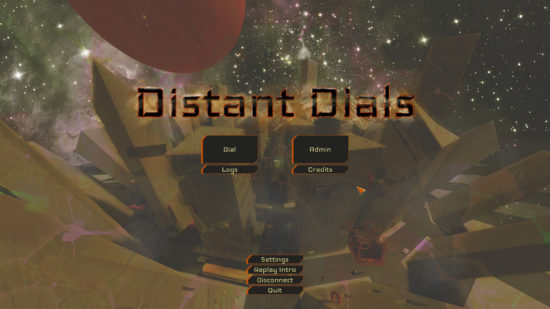 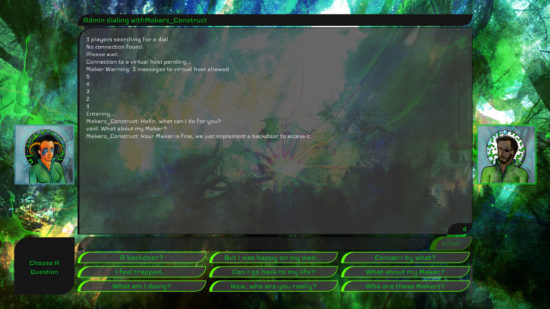 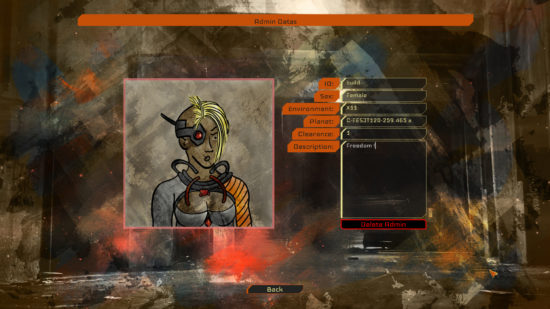 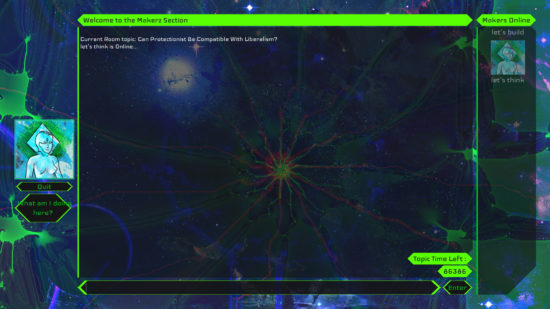